Living in Austria (Carlotta), Finland (Tommaso) and Norway (Riccardo) means that meeting all together at the same time is not so easy to organize and the times in a year when we are all together at home in Primiero (Italy) can be count in one hand. One of this times was actually last weekend for the Sprint and Middle distance Italian Orienteering Championships held in Caoria and “Lago di Calaita” area, both at about 30′ driving distance from our home town. The completions’ weekend organized by the team GS Pavione was structured so that on Saturday afternoon in Caoria we had to run for the Sprint distance national title and on Sunday morning for the Middle distance one.

Everybody knew that Caoria in not such a big metropoly, is actually more like a bunch of houses split by a river. In term of orienteering technique we expected some short controls between the houses and other long route choices. What the course setter did was basically it, but what we didn’t plan was the tough uphills to run a full speed that were sucking the energy out of each runner. 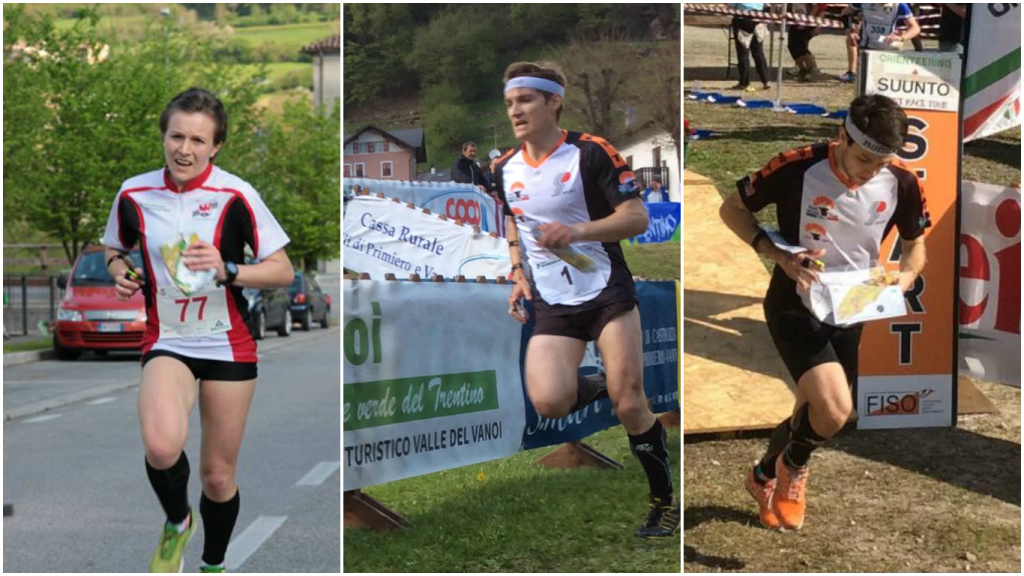 A regular race for all of us that allowed Carlotta to reach the 2nd position and silver medal in W Elite and Riccardo to get the 3rd position and bronze medal in M Elite. Not big expectations for Tommaso (still in recovering mode) that finished 9th. 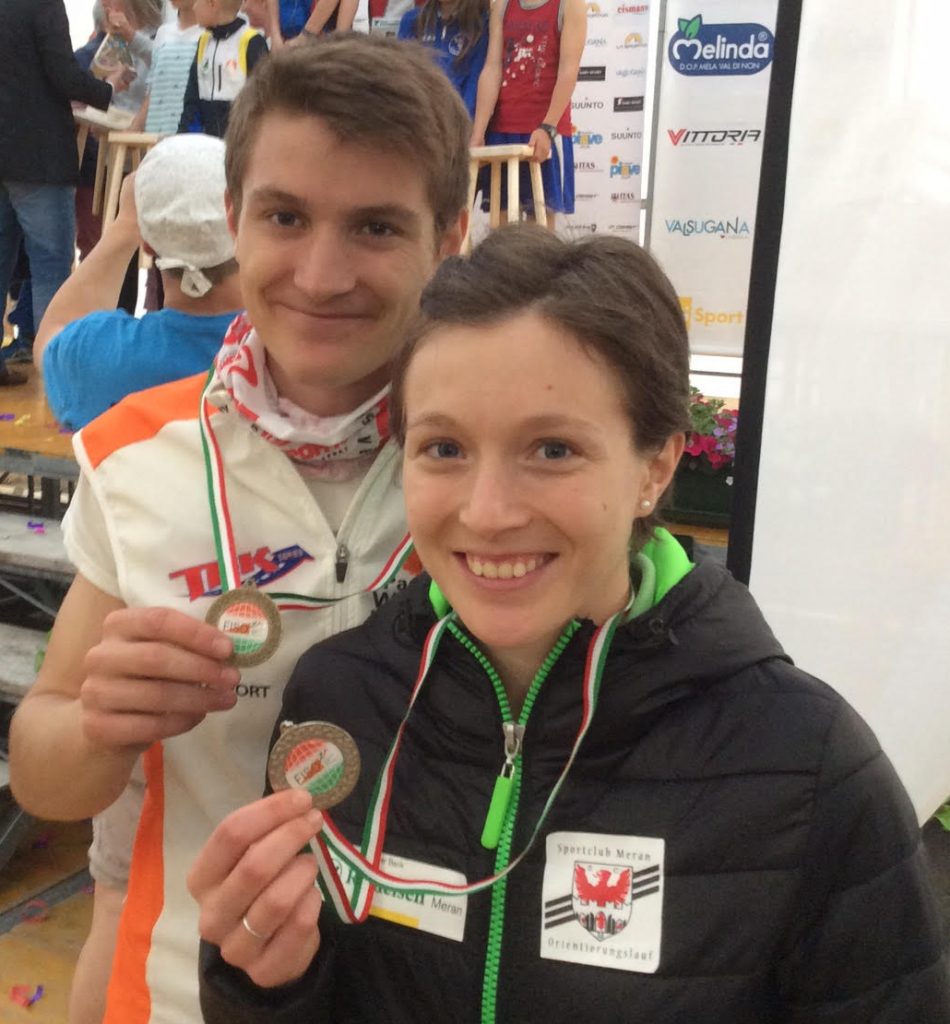 🙂 A great afternoon with our biggest fan cheering for us at the finish line. 🙂 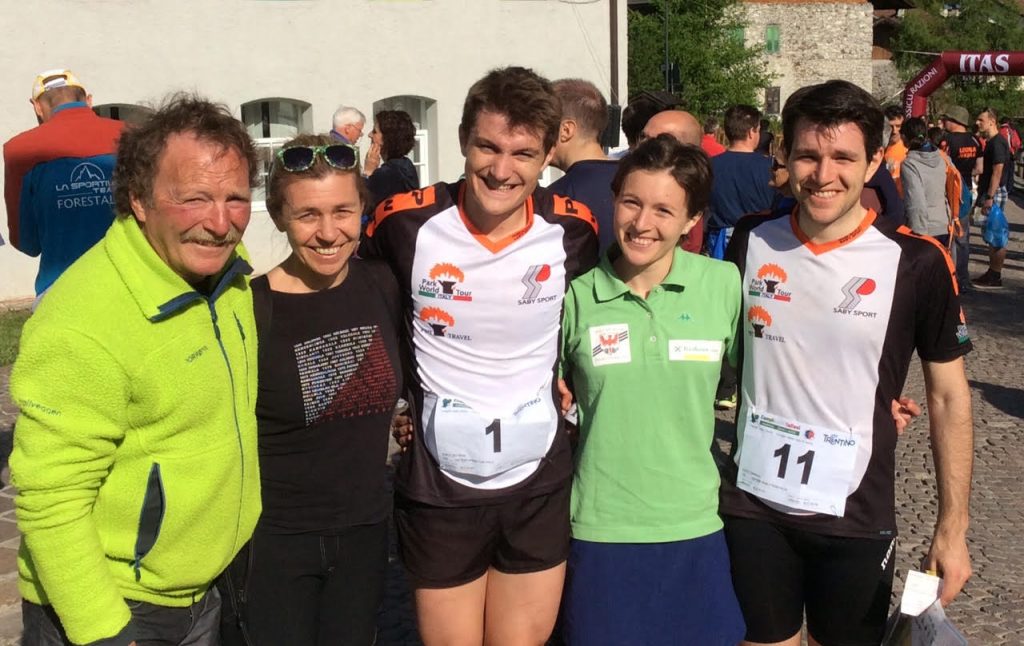 New day new race! Despite the Norwegian weather forecast website YR.no predicting some rain, when we arrived on the competition area on Sunday morning, the weather was just perfect with sun shining and not a single cloud in the sky. In the past we did run in Lago di Calaita and we knew the map and the terrain, but what nobody (also the organizers) expected was to have available just a really small area to run due to a “restrict area” for the wood grouse. Aaron, the course setter, did his best considering the small area that he was allowed to use, but the decision of the authorities to forbid to run on 70% of the actual map turned a potentially amazing orienteering race to a basic competition. 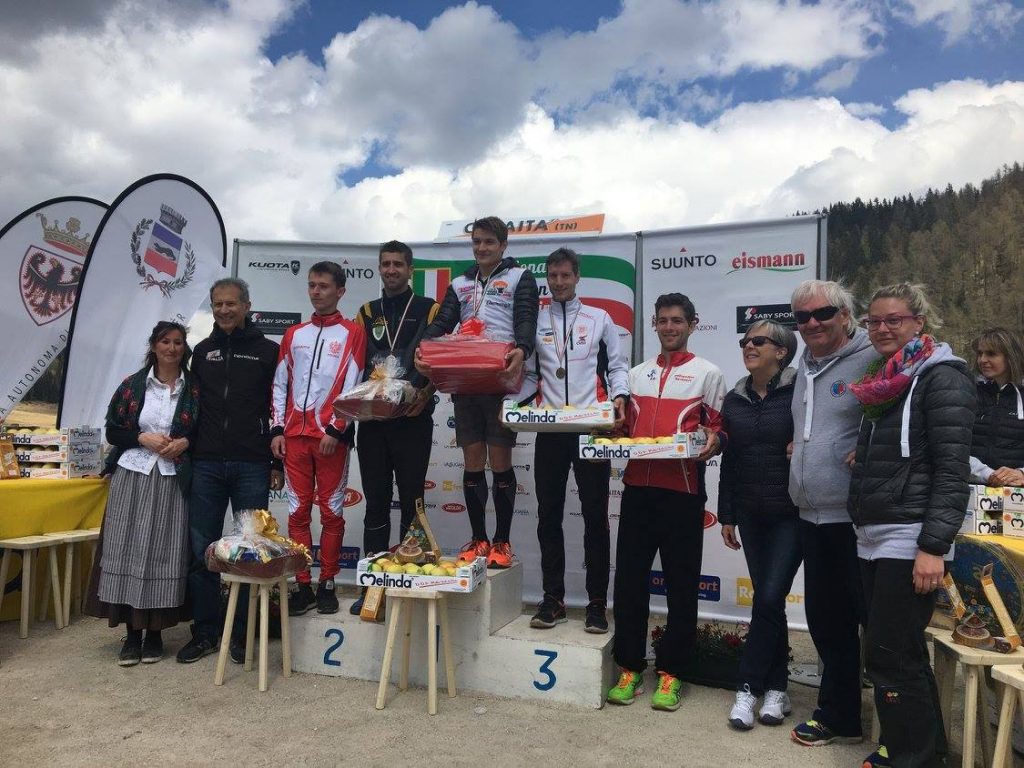 Great performances from Riccardo winning the M Elite category and defending his Middle distance Italian Champion title from last year!!! Carlotta, still a little bit tired from the sprint, finished on 7th position in W Elite. Tommaso, after a not very brilliant start, gave up because the body was not reacting well to the tough race.

Some comments post race
Riccardo: I am really satisfy with my weekend. Saturday my legs felt “heavy” and with no power, but during the middle I had a good race flow even if I was not so fast on the uphills.
Carlotta: Last week’s training camp in Czech Republic was pretty tough and I didn’t recover well enough to be at the top of my shape. However I must admit that the weekend was good and left me a lot to work on for the coming EOC.
Tommaso: I had no expectations for the competitions, due to my leg injury going on from February I didn’t compete much. If I compare the Championships weekend with last year’s one, this time I got back to Finland with no dislocated shoulders or without missing my plane… And I am very happy about it.

To conclude we would like to thanks our teams (Sport Club Meran and ASD PWT Italia) for the support, Patrizia to be so kind for borrow  her car, GS Pavione for the great pictures and competitions.
(C) We don’t own the right for the pictures.

With the fear of my terrible WOC forest performances still in mind, I decided to fly to Latvia about one week before the World…