So, after many weeks of Winter lethargy, here we go with a fresh post about what just happened!

During January I’ve mostly been training in Primiero, the snow-free conditions offered really good weather for running training but not such for any sort of alternative skiing session. Some of my training highlight of the month were a 6hours run/climb over Val Canali, some good indoor strength sessions followed by looooong intervals, and of course a bit of orienteering too! 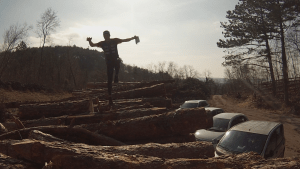 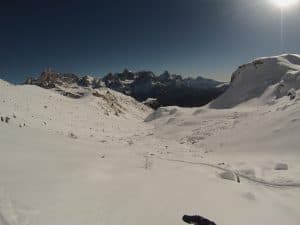 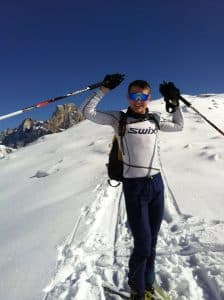 Despite the ridiculous snow situation, I took up the challenge and went for my first Skimountaineering sessions ever! It was indeed a great fun, I hope I will get the chance to do it more often if the weather allows it.

After that, a great way to awaken my O-Technique before 11 days of training camp in Portugal, was the Italian National Team weekend-camp organized in the famous karstic terrain between Italy and Slovenia. This was my first real test of physical and mental shape, and despite some minor problems (sprained ankles, sore knees) it went pretty well. 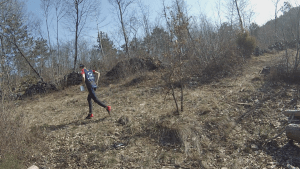 Here are the 3DRerun links of all the trainings:

All was then set for my annual “Winter heat camp”, this year between Praia da Vieira and Castelo de Vide together with Pan Kristianstad and the Austrian Military Team.

Unexpectedly we had 10 days of clear sunny sky with spring temperatures, and this of course helped a lot increasing the training volume.

After one week of pure training, the first three stages of POM2017 (Portugal O-Meeting 2017) in Crato and Portalegre were waiting for me. POM is always one of those events where you can really test your early shape against the very best athletes in the world.

As always the forest maps were simply amazing, rich of tricky stones formations and with a soft surface that allowed fast running all the way; 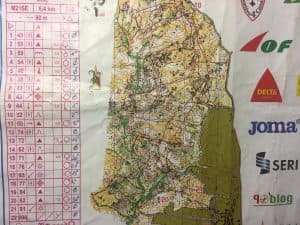 I started really determined at the first Middle distance since the feelings from the previous days were positive; I immediately felt in love with the map and the terrain, this resulted in a smooth race, only ruined by a huge 4′ mistake at control N.19 (see map below).

Only a few hours after the middle distance, as tradition, the night sprint was planned. This year both the course/map were not too difficult, but anyway I enjoyed my fast paced run despite a sore knee, finishing in the 3rd place, 11 seconds behind the winner Antonio M.Perez. 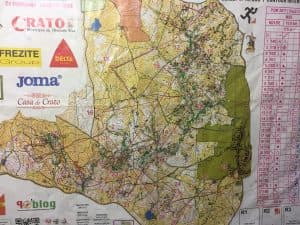 The dessert of our POM weekend was a nice 18km long distance in one of the most amazing terrains I’ve ever been to, simply a real great challenge. Due to my sore knee and tired body, I took it as an easy “Sunday Longrun’s” pace. Despite its length (21km developed), and the absence of sensed water stations along the course, I really had a great fun from the first to the last control!!

Only 48hours of rest at home, and then again with another intensive 10-days training camp between Rome, Gargano and Naples.

The first spriddle took place in the Villa Borghese Park, despite the boring open terrain, the course setting was excellent and 100% focus was required all the way. Splits 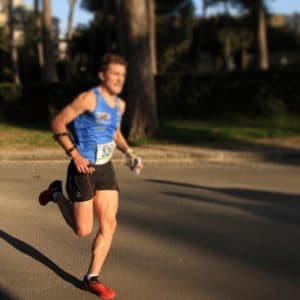 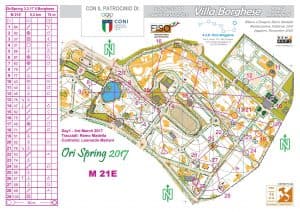 I already knew the next day’s map, even if I had never been running there before. As expected the course (4,7km) was super tricky and in some places almost too much for my standards, lesson learned! 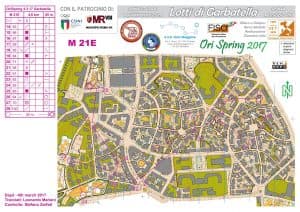 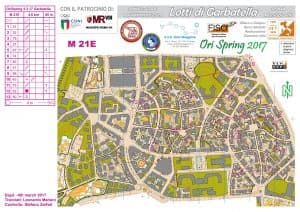 3rd and last day of Rome’s module, was in San Gregorio, about 20min. driving from the city center. The map offered 3 different terrains and therefore different challenges! I managed to run well almost all the way, with only some minor imprecisions. Splits 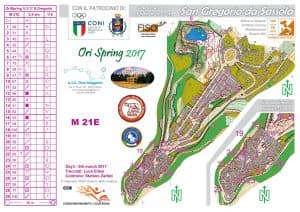 The trainings really felt like world championships races, and it was impressive to see the work that PWT-Staff (mostly Tommaso, Janos, Jaroslav.. ) has done!! Kudos!

I personally enjoyed more the chasing start format without forking, but I didn’t really felt like doing orienteering much… Therefore if I could give a vote, that would definitely be the Knock-out format! 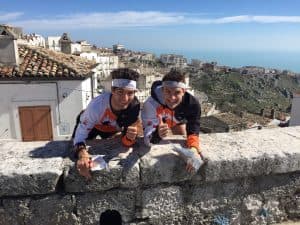 The next weekend the big ending was waiting… MOC Championships races in UNESCO’s sites! Night sprint in Agropoli, Sprint in Paestum ruins and in Reggia di Caserta. 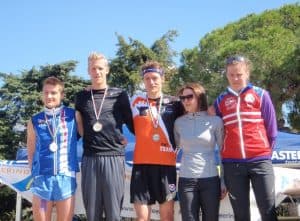 These weeks gave me huge motivation to keep on my training, and hopefully hit a good shape with the season ahead! 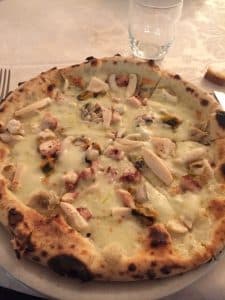 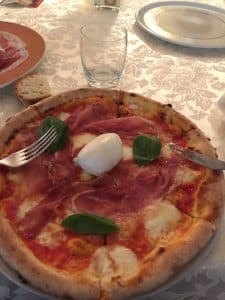