Once again I and Carlotta joined the great expedition in China, led by Park World Tour. This year as well, the competitions(Beijing O-Week) permitted us to visit some of the most iconic parks and areas of the city.

The program was tight with 5 races in 9 days, but of course, we found some time to explore China and act like normal tourists… For once…

Despite how you’d guess, we also had a “try” of the Chinese forests… and well, it’s not a paradise… The course planning of the Middle distance was anyway really good and offered some interesting routechoices.. 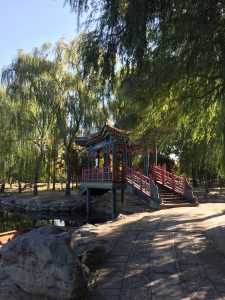 The third race offered another high-speed sprint course, where navigation and compass were the most important skills. And once again top10 for both Carlotta, Robert, and Riccardo… Nice! 🙂 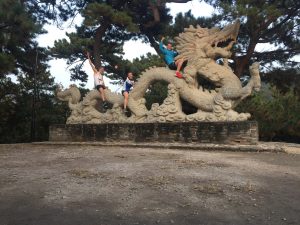 Definitely, the most interesting competition was the Sprint World Ranking in the ruins of the Old Summer Palace, with tricky routechoices and a tough terrain. After the race, we could also re-visit the Beijing Summer Palace, a must-do whenever in China. 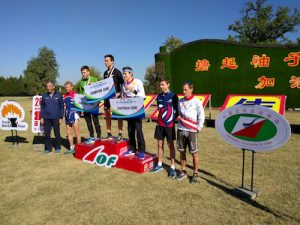 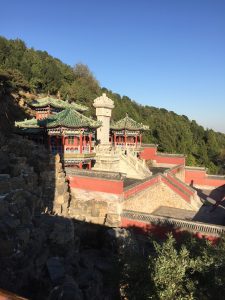 The competition week ended with a nice fast sprint around our accommodation in Langfang (about 2hours south of Beijing). With a mass-start of over 800 young students, we also could experience how the scholar high-scaled orienteering is developing in China.

What makes PWT China special is how you get to know and live with a group of orienteering from all around the world, meet new people and share a laugh together.

Challenging races, unbelievable event organization, great food, lots of people and tons of photos… That’s in brief what orienteering in China was. But, let’s…