So, you have not heard so much form my side during this season even though a lot have been going on…it has been a tough year for my training, but (SPOILER!) it has a happy ending!

My last post was about the COMOF competitions in Israel in February. Already there I thought that the mononucleosis who got me on my feet during the late summer/autumn/winter 2014 was over…so naive of me!!

Making a fast forward the good trainings of spring and early summer 2015 can be counted on one hand. I even considered buying a bunny, so I could do something in the time I usually invest in trainings!

Summer followed the same trend, even if I managed to run more regularly, I needed to keep the pace and my hearth low in order to not get sick.

Despite the fact that Robert didn´t allow me to buy a bunny, I was busy all the summer with cheering on friends and team mates at international competitions and…at organising our wedding!
It can seem an easy tasks, but when you have such an efficient and energised wedding planner as my mum, it can become hardcore 🙂 The result was a great day with a lot of people who were there for us, I still feel overwhelmed by how many thoughts, presents, hugs, cards… not less exciting was to see my brothers (FINALLY) getting out of their running clothes and dress up nicely…(yes, Riccardo cheated, wearing Nike shoes…). 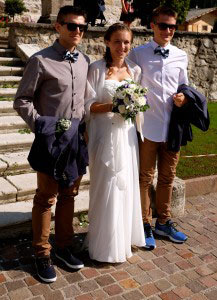 You might think that this is the happy ending I was talking about, WRONG!
To be an ending something has actually to be finished, so I was talking of course about my training season!

Late summer and autumn 2015 went better and better from the trainings´point of view, some highlights are in the following pictures! 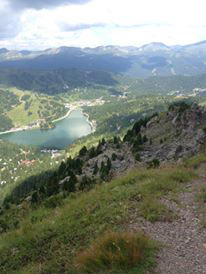 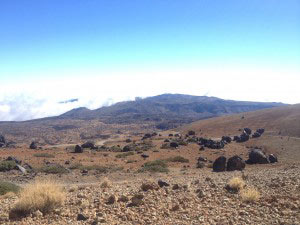 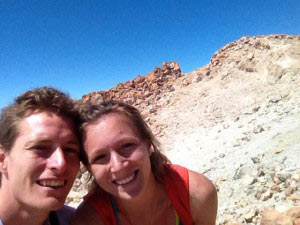 Newly weds on top of the Volcano Teide.

Coming finally to the happy ending of my 2015 season, it was the weekend of the 17th-18th October with the Austrian Night Championships. As the Innsbruck´s weekend-package included a Budesländerstaffel before the Night Champs and an Austrian Cup on Sunday, I decided to go All-In and run all 3 races!

I am really happy from the feedback I got from my body! I finally felt like I can push my body and enjoy running as I used to do. Also the results are making me look positive into the winter training :).

My season 2016 is officially close. Actually it has ended already after JEC Longdistance in Scotland in the beginning of October, but of course…